The Warrior Boy’s Basketball Team hosted two games this past weekend.  On Friday night, Eastbrook traveled to Richard E. Johnson gymnasium for a C-team, JV, and Varsity Triple Header.  The C-team defeated the Panthers 41-15 in the first game which gave them a very impressive final record of 10-3 on the season.  The Warrior JV and Varsity both fell short in their respective games.  In the varsity game, Sutter Foster led the Warrior attack by scoring 14 points.

Randolph Southern came into town on Saturday night for a MEC showdown.  The JV got the night started by defeating the Rebels 38-29.  This was a great team effort and the momentum carried right over into the Varsity game.  The Warriors came out on fire while building an early 12-0 lead.  Randolph Southern was having a great deal of trouble handling the Warrior pressure.  The Warriors took a 36-17 lead into halftime and never took their foot off the pedal.  The final score ended with a Warrior victory 72-46.  The Warriors had three players finish the game in double figures.  Bryce Marsh lead all scorers with 25 points.

The Warriors play this Thursday at Yorktown in a tough County battle.  Make the trip and help cheer our team onto a victory. 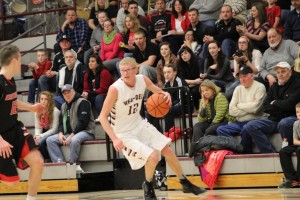 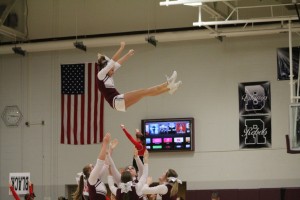