Wes-Del Senior Perrie Smalley has signed her national letter of intent to attend and run college track at Butler University. Smalley, who was sectional champion in the 100-meter and 200-meter dashes in 2015, signed with the Division I school Tuesday. Butler University, located in Indianapolis, competes in the Big East Conference.

Smalley begins her senior season at Wes-Del as one of the most proficient track and field athletes in school history. She currently holds the school record in the 200-meter dash. Last season Smalley achieved both All-County and All-Conference honors by winning both the 100 and 200-meter dashes. Smalley has represented Wes-Del at the I.H.S.A.A. regional championships in each of her three seasons. As a junior she represented Wes-Del in the Hoosier State Relays, finishing fifth in the finals of the 60-meter dash.

Smalley competes in the off-season with the Indiana Storm Track Club. Smalley was a member of the Warrior volleyball team. She is a member of the National Honor Society and holds a 3.9 grade point average. Perrie is the daughter of Jay and Lisa Smalley. 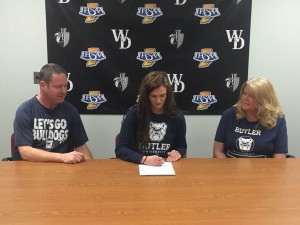 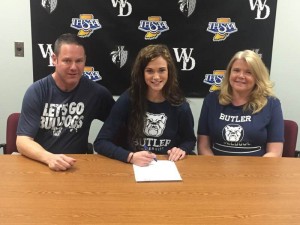 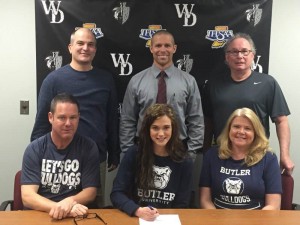 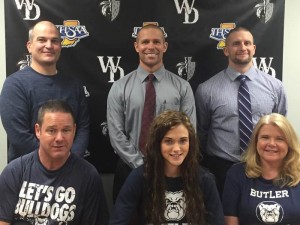